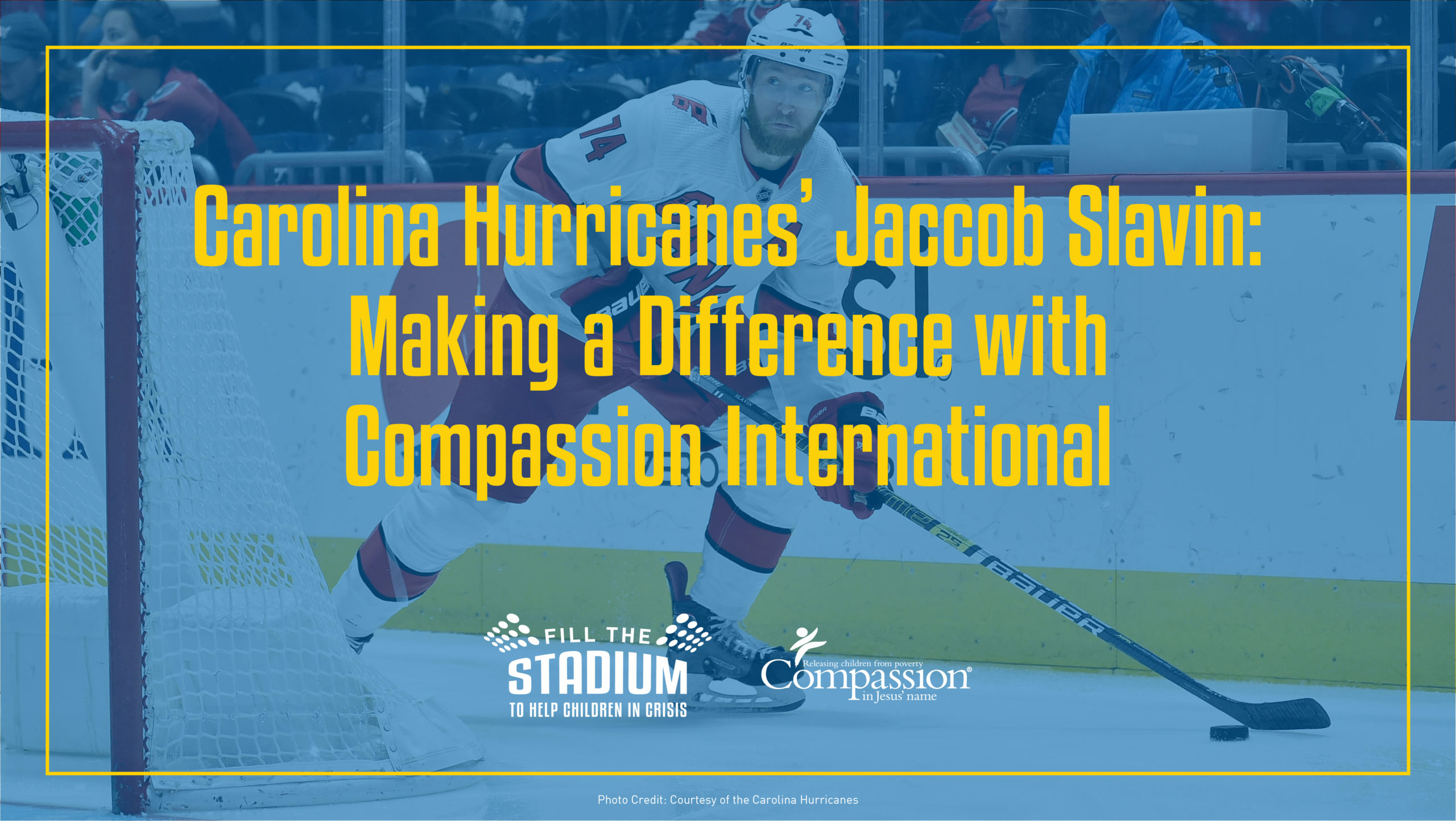 What Joining CI’s Fill The Stadium Means to the Hurricanes Defenseman: ‘Let’s Do This In Jesus’ Name!’

COLORADO SPRINGS, COLO. — Compassion International’s Fill The Stadium just announced that almost $24 million has already been raised in the first half of the effort, which has aided nearly 48,000 children and their families living in extreme poverty in the wake of COVID-19.

To date, over 40 professional athletes and national leaders have personally joined Compassion International’s Fill The Stadium lead team to help save children in crisis in the developing world. Included in this remarkable group is Carolina Hurricanes defenseman Jaccob Slavin, who joined the Fill The Stadium team in 2020.

“It makes you step back and realize there’s a lot more to life than hockey,” Slavin said in an interview. “That’s something I’ve always known just with faith being the most important part of my life. It definitely gives you a chance to really dig into these other topics whether that’s educating yourself or really just understanding more about certain things. It’s been a good time of personal reflection and just what’s going on in the world.

“Vegas’ arena is an example I like to use; they sell out almost every game,” continued Slavin. “To picture that over tripled is nuts and just that many kids in need. That’s the biggest why for us: it’s fulfilling the Gospel, it’s fulfilling what Jesus would have done and so we want to use the things He’s given us for His glory.”

Slavin was quick to use social media to gain support for theFill The Stadium initiative. Back in November 2020, Slavin tweeted, “Excited to partner with @Compassion and help @Fillthe_Stadium. Join me in helping fill every seat! Let’s do this in Jesus’ name!”

So far, the initiative has “filled” over 47,500 seats — continuing their commitment and leadership — on their way to the goal of helping 70,000 children. In this era of coronavirus, “We are all experiencing the reality of empty stadiums,” says the Fill The Stadium team. “It’s why this effort so desperately needs a caring, prayerful and thoughtful community to join together in this needed relief.”