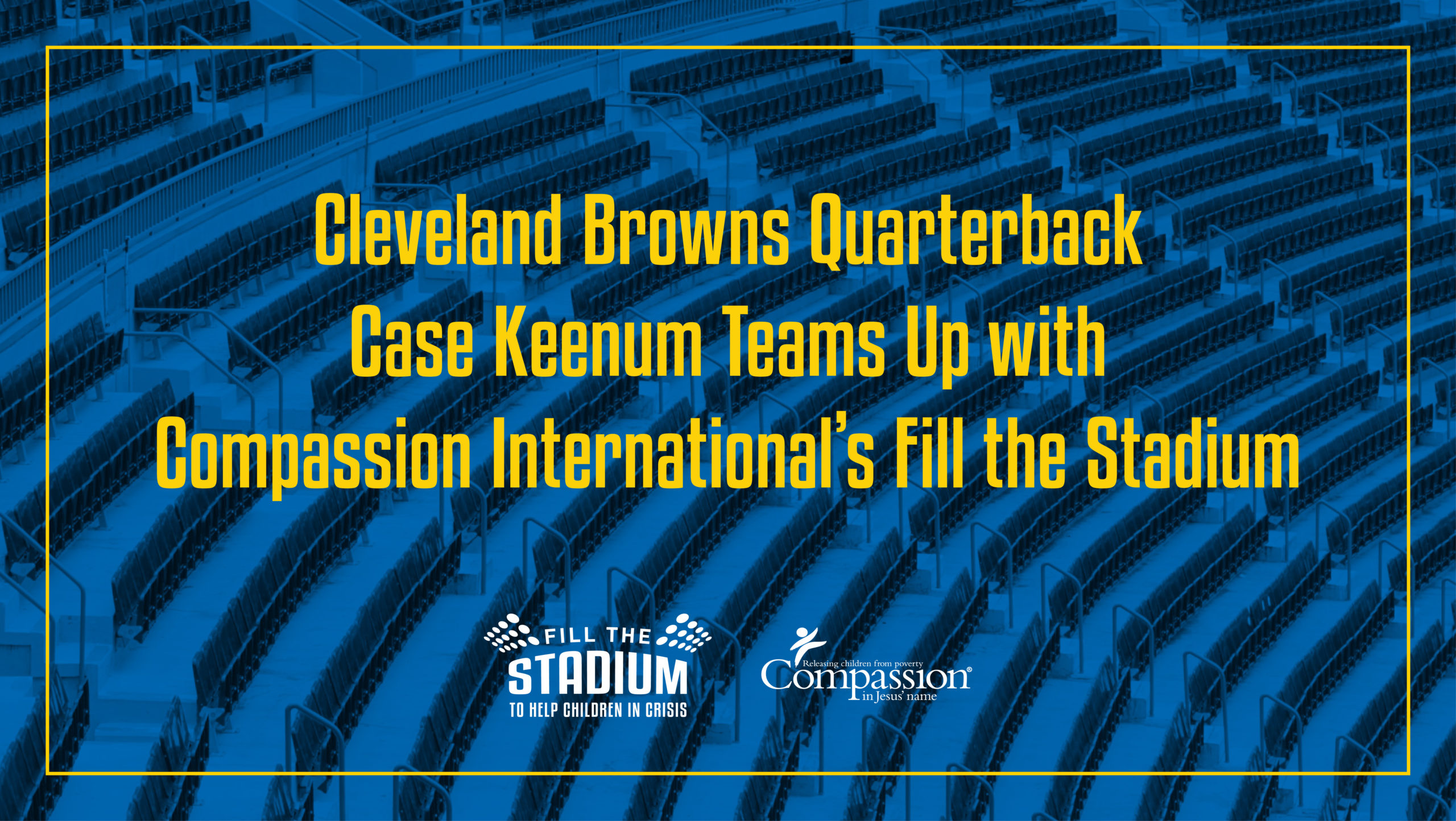 Keenum: ‘We Want These Kids to Have the Same Opportunities to Live Out God’s Plan for Their Lives’

COLORADO SPRINGS, COLO. — Back in middle school, the yet-to-be-discovered football star and quarterback Case Keenum started attending camps with the Fellowship of Christian Athletes (FCA). He stayed involved with FCA in high school as well as at the University of Houston, where he played college football. Today, Keenum has teamed up with FCA and Compassion International to Fill the Stadium (FtS), which is an initiative which provides essential food, medical care and support for children around the world and their families during the COVID-19 pandemic.

“Pro athletes from all over the country and [athletes] in our [FCA] Huddles are teaming up with Compassion International to help kids in crisis around the world,” stated Keenum. “Because of COVID-19 complications, kids around the world need our help. They’re going hungry and some are facing starvation.”

To date, almost $25 million has been raised in Compassion International’s Fill the Stadium initiative, aiding more than 49,000 children and their families living in extreme poverty in the wake of COVID-19. In addition to Keenum – who is focusing his promotion of the FtS initiative toward the FCA chapters in his home state – over 40 professional athletes and national leaders have personally joined the Fill the Stadium lead team to help save children in crisis in the developing world.

“… We want these kids to be able to survive so that they can have the same opportunities to live out God’s plan for their lives,” continued Keenum. “It’s why we’re teaming up with Compassion to stand in the gap for 70,000 kids who are at risk. Those kids could fill an average NFL stadium, so let’s fill every seat. I want to challenge each FCA Huddle to team up and raise $500 to fill one seat, but don’t stop until you fill every seat that you can.”

So far, the FtS initiative has “filled” more than 49,000 seats — continuing their commitment and leadership — on their way to the goal of helping 70,000 children. In this era of coronavirus, “We are all experiencing the reality of empty stadiums,” says the Fill the Stadium team. “It’s why this effort so desperately needs a caring, prayerful and thoughtful community to join together in this needed relief.”