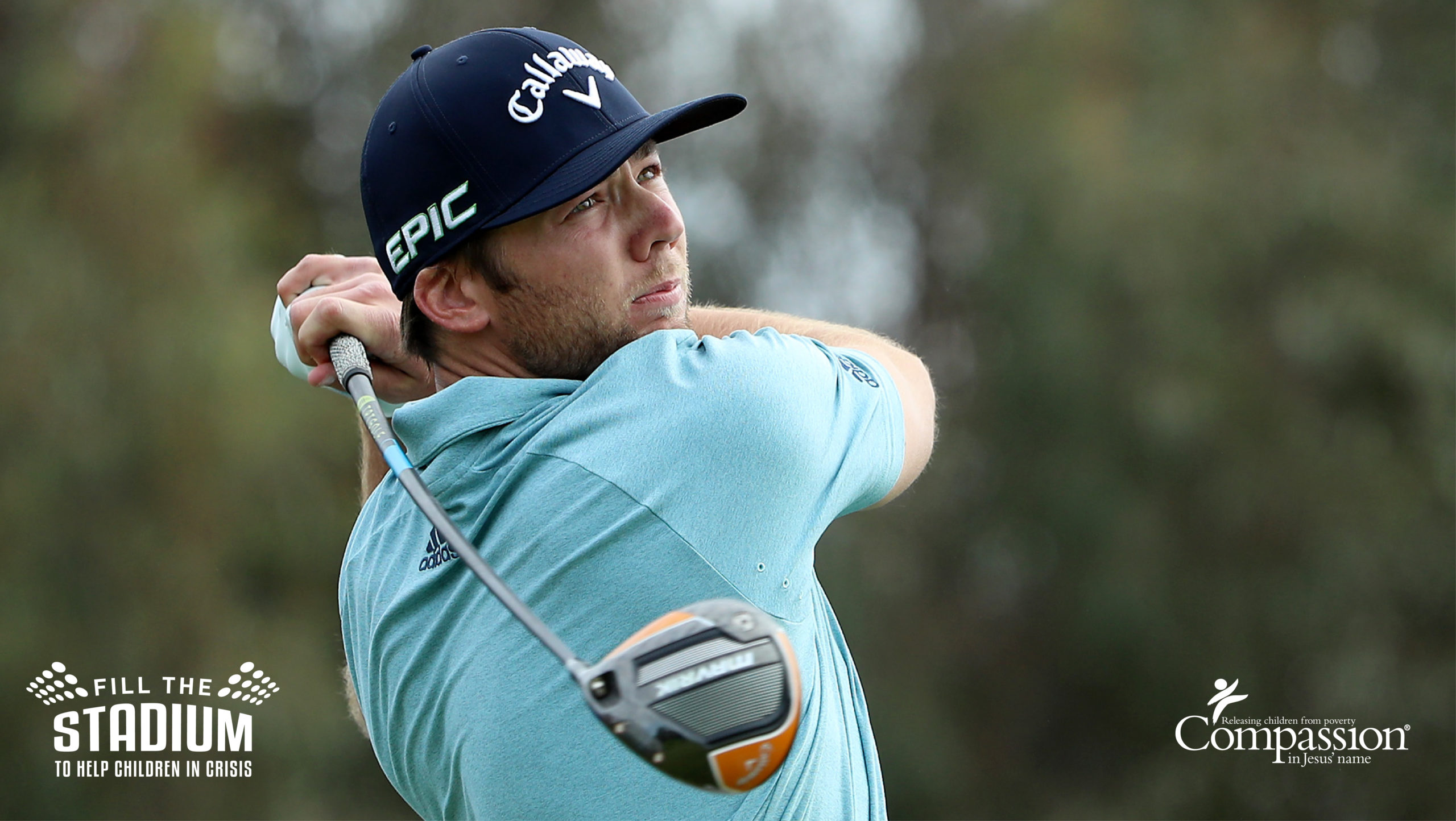 COLORADO SPRINGS, COLO. — Sam Burns was all smiles yet fighting back tears when his wife, Caroline, his parents and other family members spilled onto the green yesterday after he won his first PGA Tour title at the Valspar Championship in Palm Harbor, Fla. The victory moves him to No. 44 in the world, No. 14 in the FedEx Cup, and all but assures the 24-year-old from Louisiana a spot in the U.S. Open, along with his first trip to the Masters next spring.

Immediately after his win, Burns was quick to refer to family, demonstrating his heart and sentimentality. “I’ve worked so hard for this moment,” Burns stated in an interview. “They’ve all sacrificed so much.”

Building upon his compassionate nature and following in his family’s footsteps, the Burns are sacrificing some of their own time and support for Compassion International’sFill the Stadium initiative, which has raised over $25 million to date and has aided over 50,000 children and their families living in extreme poverty in the developing world, in the wake of COVID-19.

“This past year, everyone has experienced some type of adverse change in their lives due to the pandemic,” stated Burns. “The children who are being helped by the Fill the Stadium team experienced changes that were devastating. They need to have those negative changes reversed – this effort is truly making a difference in the lives of these children. Joining my fellow athletes at Compassion International is a way for me to support this critical change, and to serve God as well.”

Burns is the most recent top athlete of over 40 professional athletes and national leaders who have personally joined the Fill the Stadium lead team to help save children in crisis around the world. Burns joined the Fill The Stadium team in early 2021.

Fill the Stadium has “filled” over 50,000 seats — continuing their commitment and leadership — on their way to the goal of helping 70,000 children. In this era of coronavirus, “We are all experiencing the reality of empty stadiums,” says the Fill the Stadium team. “It’s why this effort so desperately needs a caring, prayerful and thoughtful community to join together in this needed relief.”