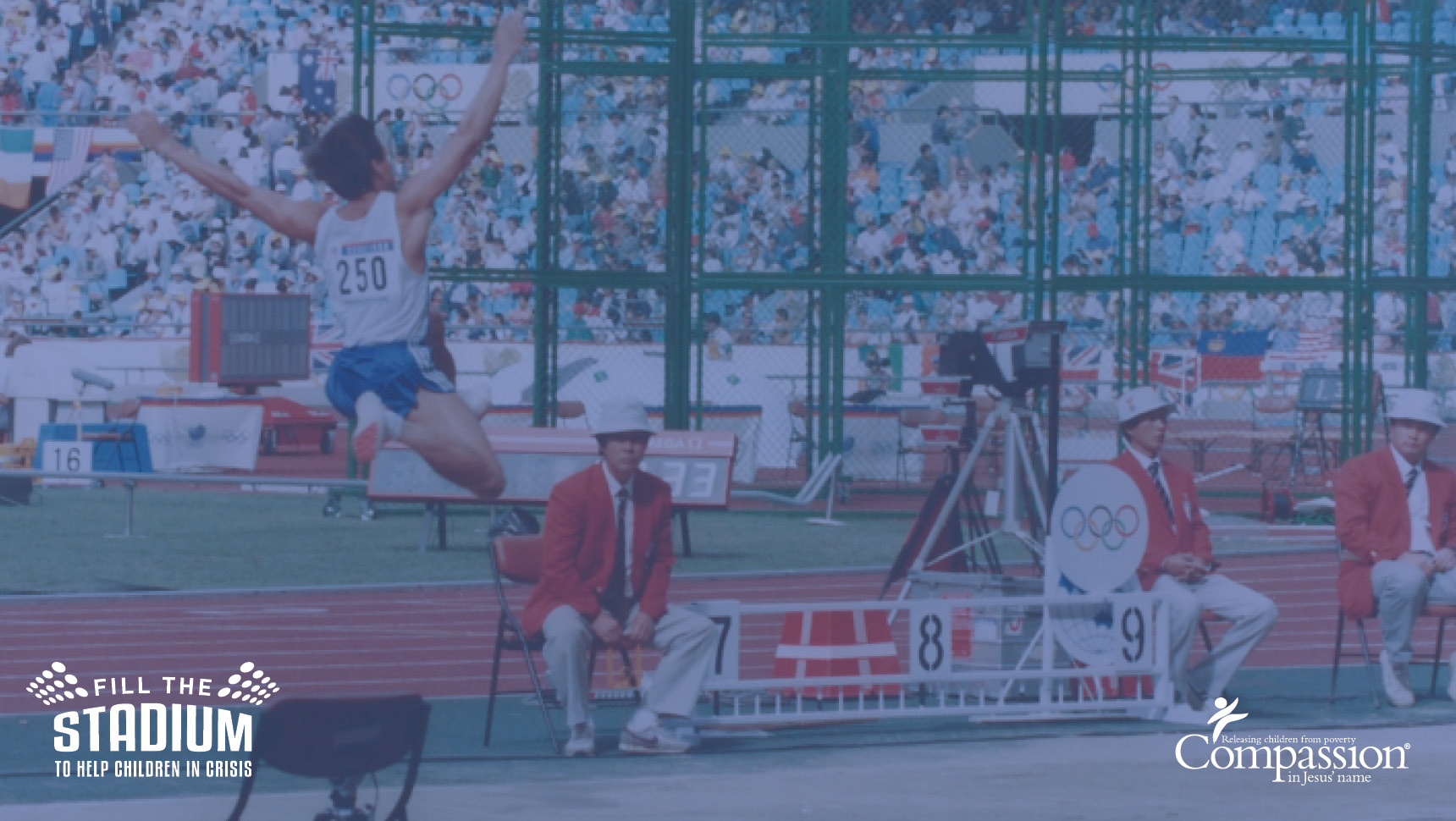 COLORADO SPRINGS, COLO. — The Olympic track and field trials are coming up soon —a topic about which Santiago “Jimmy” Mellado, president and CEO of Compassion International, knows a great deal.

Mellado also competed in the Pan Am Games in 1987—placing fourth in the decathlon—and as a collegiate athlete, was a member of Southern Methodist University’s 1983 NCAA Division 1 Indoor and Outdoor National Championship team, setting the school record in that same year. The disciplined pursuit of significant goals has always been an internal driver in his life.

In response to the pandemic, Mellado has gathered a team of 40+ pro athletes and leaders to lead Compassion International’s Fill the Stadium (FtS) initiative—which provides essential food, medical care and support during the COVID-19 pandemic—Mellado and other leaders and sports stars are seeking to save 70,000 children in crisis in the developing world.

“All around the world, there are kids in crisis,” said Mellado. “These children aren’t dying of COVID-19. They’re dying of starvation.”

The initiative was named Fill the Stadium when Compassion realized nearly 70,000 children in its program were missing out on sponsorship due to the pandemic. With the typical NFL stadium holding nearly 70,000 fans, the group visualized each seat as a child facing hunger from the crisis. They have committed to “fill the stadium,” providing for every single child represented.

Mellado’s background as a highly trained Olympic athlete has prepared him well for this major undertaking. “Perseverance, unbridled optimism, and refusing to see yourself as a victim are critical to success in athletics at a world-class level—qualities that are key for achieving Fill the Stadium’s goal as well,” he said.

Fill the Stadium is urgently working to restore what the coronavirus has destroyed. To date, over $28 million has been raised in the Fill the Stadium initiative, aiding approximately 56,000 children and their families who are living in extreme poverty.

The Fill the Stadium lead team consists of standouts in their fields—and already they’ve attracted a strong assist to their God-focused cause. Steve Stenstrom is President of Pro Athletes Outreach—and as a former NFL quarterback, he knows all about getting the ball over the line for a winning purpose. Together, Mellado and Steve Stenstrom seek to help Fill the Stadium.

So far, the FtS initiative, led by Mellado and his team, has “filled” approximately 56,000 seats. While that is nearly 75 percent of the group’s goal, this top team is not stopping until all “seats” are “filled.” In the COVID-19, “We are all experiencing the reality of empty stadiums,” says the Fill the Stadium team. “The average NFL stadium holds 70,000 seats. We need to reach that many kids. That’s why this effort so desperately needs a caring, prayerful and thoughtful community to join together in this needed relief.”